The magnet is going to establish itself in the world of modern therapy as a major healing agent. The use of the magnet for healing gets back in the very ancient records of human knowledge. In fact, magnet and its properties were known to the very ancient Aryans. The magnet has proved its indispensability in modern man’s technological and industrial ventures. Especially, they believed that the magnet, besides having the power of attracting iron, was also endowed with many mystical and curative powers. 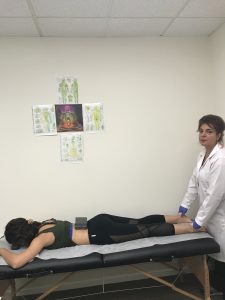 Actually, Dr. Maclean has successfully cured advanced cancer cases and has made this startling observation: ” cancer cannot exist in a strong magnetic field. We can utilize magnets for healing pains and swelling and even suffering caused by kidney stones.

In particular, magnet therapy can reduce knee pain. When there is Arthritis, knee inflammation, one of the best natural tools to reduce pain and inflammation, is magnetic knee braces. Book your magnet therapy session today. If you have any questions, contact 949-500-2984 for the first 20 minutes trial session.

In the past, the magnet was used as an amulet to relieve a headache. Applying Magnet is not only a headache relief but also improves memory. Magnets were applied to increase intelligence and wisdom in ancient times.

Actually, the magnet has proved to be highly beneficial in certain diseases. It is known MAGNETS has the power of drawing pain out of the body, relieving stiffness of joints and muscles.

Magnet therapy is both a science and an art. Applying magnets to heal different parts of the human body is a science. we know that magnetism is similar to, and works on the lines of electricity ( bioenergy in human physiology); Magnet application is an art since it involves the selection of magnets of different strength, to different parts, to relieve different ailments of the body.

A naturopathic practice who has been applying magnet therapy to heal and improve circulation to each part of your body. Actually, magnet therapy is based on natural laws and principles and is not a magic or miracle. It means carrying out treatment of sick with the application of magnet over the suffering parts of the body to remove stagnation and altered the diseased condition into a state of recovery and complete health.

We know that knowledge and experience are ever-growing and there is always scope for further research and development on magnet therapy. In fact, magnet therapy has already healed a number of cases of human illness which are considered and declared incurable in the past. For example, a Magnetic necklace is one of the best natural pain relief for a headache.

By the way, there appears to be a close affinity between the principals of magnets to the practice of acupressure. Especially, acupressure points could also be considered as ” magnetic points” for the application of magnets on the human body.

Earth as a Huge Natural Magnet:

Magnetism is the basic principle that dominates and governs the infinite universe. the earth, the sun, the moon, and all the other planets in our own galaxy transmit their own magnetic emanations which greatly influence our lives. The earth is a huge natural magnet and the magnetism of the earth is a very interesting subject. The earth is transmitting magnetic energy to all living organisms -humans, animals, and planets. The earth as a natural gigantic magnet has two poles, North and South. The north pole of the earth is located somewhere at the extreme north of North America and the South pole at the extreme south of south Victoria.

Magnets can heal knee pain and Arthritis pain. One of the natural healing tools to reduce knee pain is applying magnetic braces. If you like buying one of the best magnetic braces that improve circulation to the knees and reduces pain, click

If you need to plan ahead a magnet therapy session, book your first 20 min appointment today. BOOK IT NOW

When cells are irradiated with a correct polarized electromagnetic field(which has a broad range of frequencies) , each cell will pick up on a frequency and assimilate the energy out of that field. This has a tremendous stimulating and harmonizing action on the cells and thus interacts with surrounding tissues and organs.

The existence of strong electric fields across cellular membranes is accepted as a basic fact of cell biology. The fact that cells have internal electric fields as well, however, is a whole new revelation. Scientists previously did not know of the existence of internal cellular energy fields, and are just in the earliest stages of understand the phenomenon. Kopelman presented his results at the annual meeting of the American Society for Cell Biology this month. “There has been no skepticism as to the measurements,” says Kopelman. “But we don’t have an interpretation.”

Daniel Chu of the University of Washington in Seattle agrees that Kopelman’s work provides proof of concept that cells have internal electric fields. “It’s bound to be important, but nobody has looked at it yet,” Chu says.

Lakhovsky tells us that not only do all living cells produce and radiate oscillations of very high frequencies, but they also receive and respond to oscillations imposed upon them from outside sources. This outside source of radiation or oscillations are due to cosmic rays which bombard the earth continuously. “Treatment with the multiple-wave oscillator mobilizes the body’s own self-healing reserves. Thus the range of diseases that can be treated is infinite. Degenerative conditions develop when the body’s self-healing reserves lose their power. Infections, cancers, inflammations, skeletal degeneration and organ dysfunctions then develop, but often such conditions can be reversed if these reserves are revived. Even fractures and cuts can be healed in a fraction of the normal time. Neural dysfunctions, from headaches to deafness to paralysis, can be normalized. The Multiwave Oscillator has been used successfully to treat arthritis. Can any such a cure-all really exist? If there is a generalized life-force enhancer, then the answer is yes, and this may be it.”

Lakhovsky believed that living cells are batteries; the nucleus holds the positive charge and the cytoplasm carries the negative. If cells were irradiated with a range of electromagnetic oscillations, they could be “recharged” and thus rejuvenated. A range of frequencies is necessary because the cell and its parts respond to different frequencies. Mainstream research supports the idea that “We are electrical creatures using a biochemical body to exist in an electro-chemical environment,” as Van Tassel wrote.